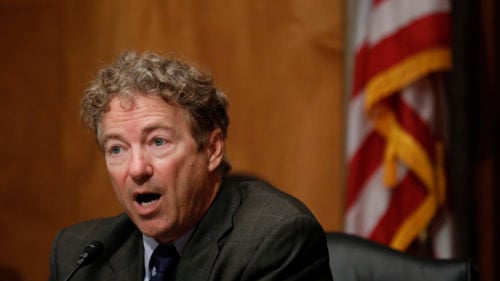 Senator Rand Paul slammed the “pro-war” critics of President Trump’s historic Helsinki summit with Vladimir Putin Monday; saying his GOP detractors were motivated by their “dislike of the President.”

The Senator praised the President’s face-to-face meeting with the Russian leader just hours after Trump met with Putin in the Finnish capital, saying “small steps” towards a thaw in relations with another nuclear superpower was a good thing for both countries.

“We’re going to talk to the president about some small steps in order to try to thaw the relations between our countries,” said Paul.

“Republicans that are making the criticism are either the pro-war Republicans like (Sen. John) McCain and (Sen. Lindsey) Graham or the anti-Trump ones like (Sen. Ben) Sasse,” he added. “They are motivated by their persistent and consistent dislike of the president.”

This story originally appeared in The Sean Hannity Show