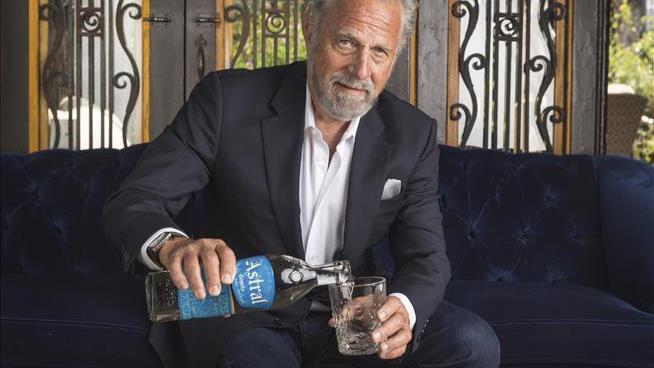 In this 2017 photo provided by Davos Brands, actor Jonathan Goldsmith poses with a bottle of Astral Tequila. Goldsmith appeared as "The Most Interesting Man in the World" for nearly a decade in ads for Dos Equis beer.    (David Lipman)

The Most Interesting Man in the World" is giving up beer for tequila. Actor Jonathan Goldsmith appeared as the sophisticated, eccentric, and worldly pitchman for Dos Equis beer for nearly a decade. He's now promoting Astral Tequila, reports the AP. In a new ad (watch it here), the 78-year-old Goldsmith nods at his Dos Equis days by raising a glass of tequila and saying, "I told you I don't always drink beer" (a reference to his famed Dos Equis line: "I don't always drink beer, but when I do, I prefer Dos Equis").

AdAge digs in to the legality of the Dos Equis-referencing spot, with one lawyer saying Astral is on a "slippery slope" but not likely to find itself in court over any sort of infringement. AdAge also offers up this nugget: Tequila is not Goldsmith's professed drink of choice, or at least it wasn't in 2012 when he told the magazine he favored martinis and Scotch when not consuming beer. (Here's how Goldsmith befriended a president.)